Short Notes of a Long Story 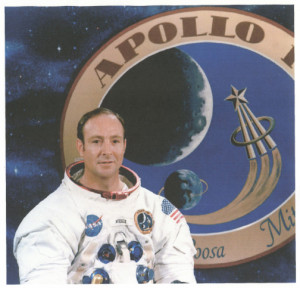 After working several years as an art director Abraham Lüttger started to paint in the late seventies (1977). Gradually he developed his work from early figurative into abstract. Over the years Lüttger has made various travels to the United States of America, Japan, Russia, Irian Jaya, Indonesia, India, Sri-Lanka, Egypt, Israël, Cyprus, Thailand and Mexico.  In some of these countries he held exhibitions of his work, for example, in the U.S.A. (New York City) Russia (Moscow) Germany (Berlin) Poland (Warsaw) Japan (Tokyo) France (Paris) Spain (Cuenca) and of course in his native country The Netherlands (Amsterdam).

‘Although art is able to cure all ills… even artists have to pay their bills.’ Vincent van Gogh could not pay his bills, so his brother Theo paid for him. Abraham Lüttger’s sister Josephine helped him a lot and thanks to her he is able to show his work on this new website.  The artist is showing you some different periods in the development of his work over more than 25 years. (See his periods)

Abraham Lüttger never walked on the moon however in 2001 he met a man who actually did this. During the World Conference on Spirituality and Peace in the Hague-Holland he had the chance to talk to the American astronaut Mr. Edgar D. Mitchell* about space and spirituality. (See his first Cosmological period and second Cosmological period.)

*Edgar D. Mitchell, astronaut Apollo 14. During his return voyage from the moon he actually experienced the unity of all life, with an INNER-knowing and certainty that changed him forever. He has now spend 30 years co-ordinating much of the world’s scientific research into practical ways of making this INNER-knowing part of daily life. Dr. Mitchell is the founder of the Institute of Noetic Sciences in California, that Abraham Lüttger has visited in 1998.

The most wellknown of all these different periods is probably his heart-period (1990-2000). In the artist’s life this period was more or less a dramatic one. A booklet, titled Heart to Heart, commissioned by the European Society of Cardiology was printed and published in 2002 about this period.